Winters in Eastern Halkidiki may be Mediterranean, but there’s always the need to warm up – sitting next to a big fire or keeping warm inside with the help of the «master» spirit tsipouro.

Produced mainly in Megali Panagia, Gomati and Ierissos it is nevertheless found all over Municipality of Aristotle and the pairing with traditional food and especially various hors d’oeuvres (mezedes) is a tradition that every local maintains with reverence.

Made by a combination of grapes, «tsapourna» and several spices, such as anise, cardamom, clove or other regional fruits or herbs, it is consumed during the whole year as a warm or a cold drink. According to the tradition, the first production of tsipouro was the work of Greek Orthodox monks in the 14th century in Mount Athos.

More than 20 traditional distilleries can be found in Eastern Halkidiki. Tsipouro is prodused in them, following the athonian recipe and the local tradition: fire & boiling. Distillery visits and tsipouro tours can be organized by local travel agents! 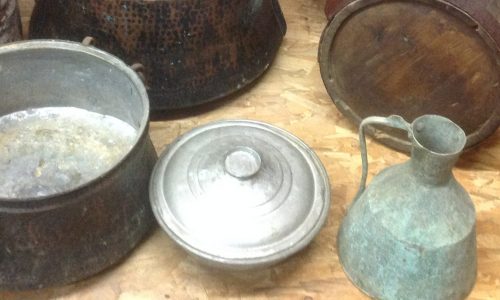