Their history counts thousands years ago, when the greatest Greek philosopher composed on the holy hill of Stageira his own cosmo-theory, so as to become later the teacher of Alexander the Great, and founder of lots of philosophical views, which until nowadays lead the world.

What else to do?

You will enjoy to your soul’s content the numerous cultural events, the tens of festivals, get to know the local customs and the age-long traditions, the local folklore and participate in the ceremonies that revive these old traditions. All this will bring a whole new world in front of your eyes, and will satisfy even the most demanding traveler!

There are numerous and wide-varying night concerts in moon-drenched beaches or accessible archeological sites on a full-moon night and in the old stone-paved streets of villages.

In winter, the atmosphere becomes more idyllic: festivals and customs for Christmas and New Year’s Eve, Carnival and Easter “travel” our guests in nostalgic times and evoke memories of the Greek authenticity!

Moreover, there is a rather intense nightlife: bars, beach bars, cafes, lounge cafes, clubs – all that a traveler needs to have fun in a typically Greek way!

Cultural events during the year that we suggest to you:

The leading cultural institution of the area!

Dozens of cultural events, which start every year by the greatest day of the year, on June 21 and end on the 20th of next June, making an annual multi-cultural event, which goes beyond the usually and passes into the realm of magic, the great, the beautiful and the true.

Musical and theatrical events, sports, music academies, art, poetry nights..all together in an extraordinary annual meeting, which “runs” in high speed to revive all celebrations, organized to honor Aristotle, the Great philosopher.

Come in the summer and all seasons.

Every time is simply magnificent!

At the local festivities you will celebrate at the rhythm of the original Greek feast, which has the magical ability to pass through the mood of all attendees and to overwhelm the human senses.

Indulge in the relaxation caused by any such festivity, drink plenty of local wine and ouzo and feel Greece in every cell! 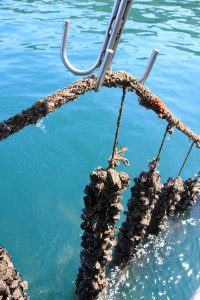 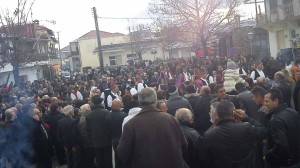 This event takes place every second Christmas day at Stanos, attracting hundreds of visitors. The inhabitants offer the meat of pork, and treat the guests, with chops, tsigarides, and sausages. All goodies are accompanied by sweet or semi-sweet local wine and raki. The orchestra is set at the central square, playnig traditional music, creating an incredibly celebration, full of scents, colors and flavours. The custom is an old one, from the times that each house had its own pig, which was bred throughout the year, so as to ensure the meat for the Christmas celebration.

It is really worthy to participate and trust us- every year you will look forward to the second day of Christmas. 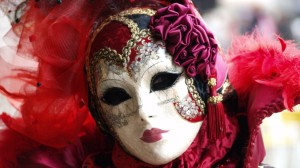 Organised in lots of the area’s villages, providing a means of expression of the people, who they say they do know how to laugh, have fun, celebrate, to regenerate and hope! It attracts many visitors, adding joy in the cold of the winter and giving life to the area.

Come to this celebration, take part at the carnival parades and become part of the local carnival mood! 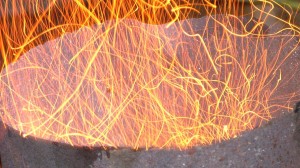 It is about a custom brought from the memorable refugees’ homelands, from Minor Asia, which revives every year the Cultural Association of Ouranoupoli.

On June 24 the church celebrates the birth of John the Baptist, giving his name to the whole June, as “Ai Gianni” or “or Ai Gianniti”.

Along with the religious part, the celebration is being connected with customs referred to the pagan antiquity, associated with the summer solstice, or the sunflower. One of these is Kleidonas, characterized by the lightning of the fire and other prophetic-magical rituals, attempting to “blackmail” for good luck and health.

You will also enjoy a wonderful meeting of refugees clubs with dances and songs from Minor Asia, which will excite you. The event will end at the square, where all will become an unforgettable meeting! 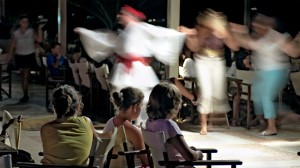 On May 21, Ouranoupoli celebrates its patron saints: it’s the celebration of the Church “Konstantinos & Eleni”.

On the eve of the big celebration, the Holy Icon is being processed around the village. The Icon comes from the memorable homelands of the refugees, so much elaborated adorned with beads, with a way that only the women residents know.

Accompanied by the sounds of the Philharmonic, the residents wander around the village. The celebrations are being completed at the end of the day with local delicacies, wine and raki, offered to the visitors and the participants.

If you have already visited Ouranoupoli during this period, then you do know of what we are narrating of. If not, then you must see and feel it. Residents welcome you warmly, and you become part of their society, having fun in front of Prosforiou Tower, which creates a unique scene of aesthetic and religious tradition.

The events at Ouranoupoli mark the start of the summer!

Combine your visit with a short vacation and you will feel calm, gazing at Mount Athos’ Gulf, the fish boats, the magic sunset-and right across- the verdant island of Ammouliani! 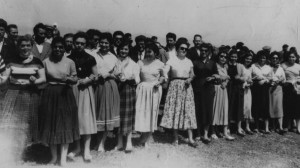 On Easter Tuesday, at Ierissos, is being organised the representaton of the massacre of 400 local residents by the Turks, at the location “Mavro Aloni”. At this point, in 1821, during Halkidiki’s revolution, the Turks under the command of Yusuf Sintiki Bei, promised in a devious way, a general amnesty to those who would be given in him. After they surrended, believing his words, he forced under the threat of their swords them to dance. At every turn of the dance, the swords of the Turks slaughtered each time a dancer. Since then and every year, in order to commemorate this inhuman sacrifice, on the third day of the Easter, at Mavro Aloni, locals and visitors pray for lost victims and then they dance, bringing hands together. The dance is called Kageleftos and depicts the massacre. It a slow dance, like the hesitant steps of the victims. The song is full of allusions to the desired freedom, and for many years this custom was taking place at the presence of the Turks, singing bitter words, that could not other way say freely. At the last part of the song, the first two dancers join hands, creating an arch, representing the swords of the Turks. From this arch pass all the dancers twice. Each part of the song is being sung alternatively by men and women.

photo from the archive of Kyttaro (www.kyttaro.eu) 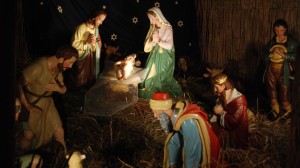 Opened throughout December, giving joy not only to the youngs. It is a Christmas village, built in the lovely park of the beach, consisting of fairy-lit houses, full of candies, melodies and gifts, a place full of toys and Christmas world’s songs, attracting thousands of visitors every single year. “Paramithohora” gives life to the whole area and the Christmas season. It is worthy to mention that it is a voluntary effort by the residents, who envisioned the development the culture and tradition, as a boost for the tourism sector. Visit Paramithohora, alone or with your children, and be sure to ask from Santa to bring you every year at this beautiful fairy tale village! 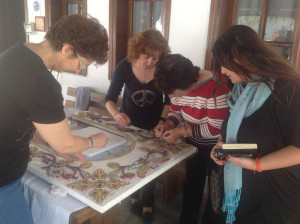