Between the green Aristotelian Mountain and the excellent views of Mount Athos, we find Stagira, the historic capital of the Mademochoria, called Mahalas under the Ottomans.

Built at an altitude of 400 m from the sea, it boasts the only organised theme park in Chalkidiki: the Grove of Aristotle, where visitors will find all the physics instruments referred to in his Physica as well as the ruins of the castle of Madem Aga and the Ottoman baths, creating a comprehensive day trip, ideal for students and all other visitors.

Residents worked in the mines during the Byzantine era and the Ottoman rule. Athanasios Stagiritis (1780-1840), the Teacher of the Nation and a great opponent to Adamantios Korais came from Stagira. So did Dimitrios Stagiritis, a fighter in the 1821 Revolution and a plenipotentiary of Macedonia in the 3rd National Assembly of Epidavrus and in the 4th in Argos.
Eleftherios Michael, a fighter in the 1821 Revolution came from the now deserted neighboring settlement of Chorouda. It is worth mentioning that the great Greek philosopher Aristotle was born about 8km to the northwest, in Ancient Stagira, historical continuity of which is considered to be the current settlement.

By entering Stagira you will see the temple of the Assumption of Virgin Mary, which is of great archaeological importance, was built in 1814 with the support from the Hilandariou monastery of Mount Athos, and is one of the very few with a cruciform style. It is worth seeing the inside so ask a priest to let you in.

Tips:
Ask the residents to show you the church of Panagouda (or Spiliotissa), at the top of the village that was built in 1903 and curved inside a rock. A great feast takes place there on September 8. There is a tower dated in the era of Sidirokafsia beside it and many houses in the nearby district were built on top of others that were built in the 15th and 16th centuries. 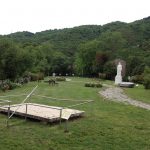 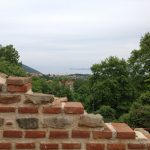 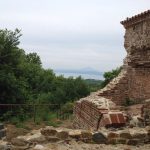 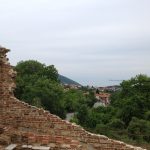 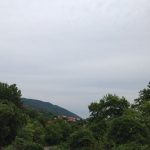