The village is built on the slopes of the Aristotelian Mountain, offering view to Akathios Bay and Mount Athos. It has also a long coastlene!

It is one of the famous Mademochoria and the residents traditionally worked in the mines. It is said to have been built by Perdikas, King of Macedonia, to honor his sister Stratoniki. According to tradition, the history of the Aristotelian Mountain is connected to the rich in deposits –silver mainly- land, since the time of Alexander the Great. Some of the old houses have been preserved. Among them, the four-storey Athanasiadi’s mansion stands out. Its owner was a merchant from Constantinople who came here in 1890. The house was luxuriously furnished –it even had silver knobs.

Some HISTORICAL DATA
Stratoniki flourished since 1530 B.C., since the Sultan Soleiman I restructured the mines of the Ottoman Empire, famously known since byzantine era as Sidirokafsia or Siderolapsa (Sidrekapsi). The flourishing of the mines made Stratoniki a large prosperous center, since 6.000 workers worked there, in 500-600 furnaces placed all around the mountains. Those years, apart from Greeks, workers of many other nationalities arrived at the area, such as Bulgarians, Serbs, Wallachians, Kirkasians, Turks, Albanians, Jews, even Germans as technicians.

The area had become a small Babel from the many languages heard. One could hear Greek language from the workers and residents of the nearby villages, Spanish-Jewish language from the many Jew merchants and moneychangers, and many other Balkan languages. A strange thing was that Jews closed their stores on Saturday while Christians closed them on Sundays. Thus, an unusual holiday weekend was kept.

A mint probably operated in Sidirokafsia since the time of Murat II (1421-1451). In the middle 16th century, the Sultan is estimated to have taken from the mines 20.000-30.000 gold coins of value in ore, on monthly basis –a huge amount at that time. 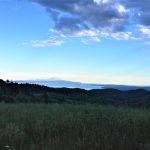 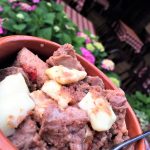 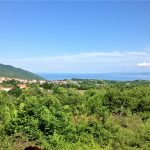 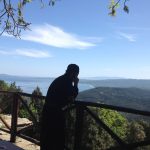 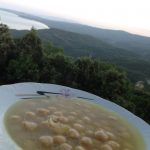 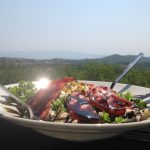 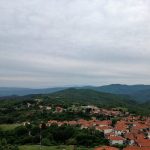