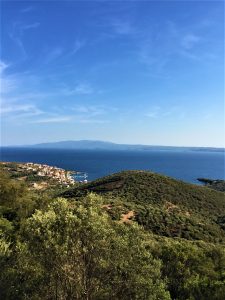 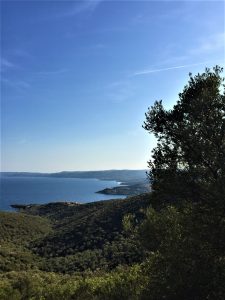 The village of about 600 residents, stretches amphitheatrically on a slope of a hill and is surrounded by many small, beautiful beaches that unfold like a lace in Siggitikos bay. After the Asia Minor disaster, the region received many refugees from the Afthoni village located on the island of Marmara in the Black Sea. In 1925, they founded Pyrgadikia, following a functional urban design.

According to a local version, the village was probably named after the phrase “field peri (around) Gardikeia”, that was mentioned in 1057, in documents of Dochiariou monastery of Mount Athos. However, in Byzantine era documents, the settlement is referred to with its current name.

Residents’ occupation, besides the traditional olive cultivation and fishing (a fishing shelter is operational), is providing tourist services. 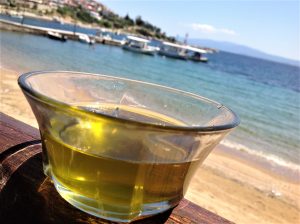 Tip
A great feast takes place on September 8, when the Assumption of Theotokos is celebrated. The refuges had brought with them the picture of Virgin Mary, the so called “Kastrela”.