Stanos is an exquisite village, 8km from Arnaia, to the south. Its characteristics are its neat appearance, the excellent climate (520m altitude), the wonderful vegetation that surrounds it, the large valley to the west and the… voices of happy children! It is the second village of Greece with the most families that have many children and the signs on the main road show that most residents are occupied in construction. Since they are perfect builders they could not have left their houses neglected.

Another peculiarity of Stanos is the local patroness St. Chaido, celebrated on September 1. She was a new martyr who was born and lived here during the Ottoman years. The church has been built in recent years to honor her, by initiative of the priest Nicholas Halkias and the support of Stanos residents. Vespers are chanted on the eve of the celebration, and Divine Liturgy and procession of the picture take place on the day of the celebration, with the participation of the Bishop and many priests. Next, the traditional “kourbani”, where everyone is offered a free dinner, takes place in the church. 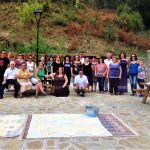 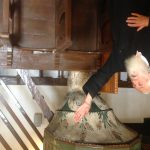 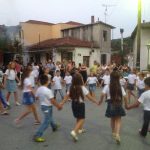 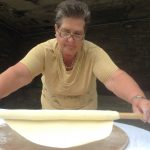 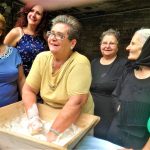 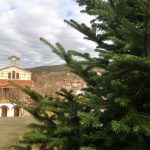 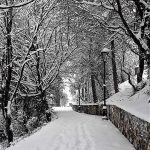