The settlement of Stagira is built on the foot of mountain Stratoniko (Strebenikos) at an altitude of 500m., on the main road of Thessaloniki-Ouranoupoli, and has approximately 500 residents. Its older name was Kazantzi Machala and it belonged to Mademochoria. Residents worked in the mines during the Byzantine era and the Ottoman rule. Athanasios Stagiritis (1780-1840), the Teacher of the Nation and a great opponent to Adamantios Korais came from Stagira. So did Dimitrios Stagiritis, a fighter in the 1821 Revolution and a plenipotentiary of Macedonia in the 3rd National Assembly of Epidavrus and in the 4th in Argos.
Eleftherios Michael, a fighter in the 1821 Revolution came from the now deserted neighboring settlement of Chorouda. It is worth mentioning that the great Greek philosopher Aristotle was born about 8km to the northwest, in Ancient Stagira, historical continuity of which is considered to be the current settlement.

The park of Aristotle is in the entrance of the village and the hill of St. Dimitrios is on the left, with the complex of Sidirokafsia built in the early Ottoman rule. Sidirokafsia was the headquarters of the mine and an important administrative center of the area, with its own mint. There are also other interesting monuments, such as the towers, the public baths and the house of Madem Agas from the era of Sidirokafsia.

By entering Stagira you will see the temple of the Assumption of Virgin Mary, which is of great archaeological importance, was built in 1814 with the support from the Hilandariou monastery of Mount Athos, and is one of the very few with a cruciform style. It is worth seeing the inside so ask a priest to let you in.

Tips:
Ask the residents to show you the church of Panagouda (or Spiliotissa), at the top of the village that was built in 1903 and curved inside a rock. A great feast takes place there on September 8. There is a tower dated in the era of Sidirokafsia beside it and many houses in the nearby district were built on top of others that were built in the 15th and 16th centuries. 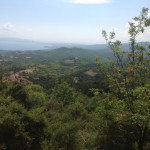 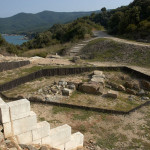 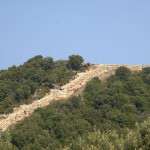 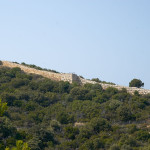 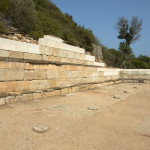