From the slopes of Holomontas and the fish ports of Akanthios Gulf started the promotional trip of the next organisation.

Lesson of traditional cooking inspired by the mushroom production of Holomontas Mountain was the first promotional action of Mount Area Kouzina, where on 13th of July, Saturday, started its trip to the world from the traditional guesthouse “Rodamos”, point which will take place the opening ceremony of the organization- the next May. 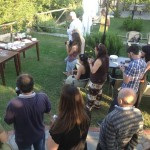 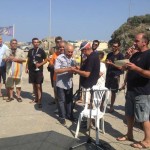 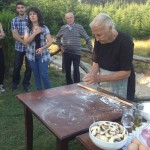 The cooking lesson attended press representatives, who among others participated in fishing contest, which took place on Sunday 14th of July to Stratoni. The two following each other initiatives, characterized from diversity and contrast, proved- for one more time- that the landscape’s alteration on the “third” leg of Halkidiki (mountain- sea) is the one which shapes lifestyles, phenomena, and all forms of tourism development.